I grew up reading DC and Marvel, watching animated series about Batman and the X-Men,  and rushing to the theater for each new incarnation of my favorite heroes. I’ve even gone as far as cosplaying with my family at the San Diego Comic Con (which was a blast)! There’s an air of encouragement that comes along with reading about heroes and in many ways they are our modern mythologies; each time they succeed, I feel challenged to find ways to be the heroine of my own story, or to push myself beyond my limits.

The 91st Academy Awards aired last night, and I was elated to see comic book films were able to claim trophies  in several categories, with wins in Best Animated Feature (Into the Spider-Verse), as well as Costume Design/Production Design and Best Original Score (Black Panther). The women who won for Black Panther – Ruth E. Carter and Hannah Beachler –  were the first Black women to win in their categories, and Peter Ramsey – one of the directors of Spider-Verse – was the first Black director to win in the category.

In honor of the historic wins last night, and of the books I love so much, today I want to honor two people who broke barriers in the field. Enjoy!

Jackie Ormes was the first Black woman to become a comic illustrator. Born in 1911 as Zelda Mavin Jackson, Ormes would become famous for creating the Torchy Brown comic strip and Patty-Jo ‘n’ Ginger. Jackie initially worked as a journalist for the Black-owned Pittsburgh Courier newspaper before making the transition to comic illustrator and writer in 1937 with the Torchy comic. Jackie was prolific artist, who worked until retirement in 1956.

What I love about Jackie is her dedication to confronting racism, sexuality, and environmental issues. She became so outspoken that she was eventually investigated by the FBI. In 2014, Jackie Ormes was posthumously inducted into the National Association of Black Journalists Hall of Fame. She was inducted into the Will Eisner Comic Book Industry Hall of Fame in 2018.

Matt Baker is known today as the first Black man to become a comic book illustrator. He was born ten years after Jackie, in 1921, and eventually moved to her stomping ground of Pittsburgh as well. Baker was sought out and hired for his beautiful drawings of buxom women, who were heroines and adventurers.  He is most widely known, however, for Phantom Lady.  I love that Baker drew her, and other women, as strong, brave and formidable, within a realm that usually presented women as solely sexual objects. 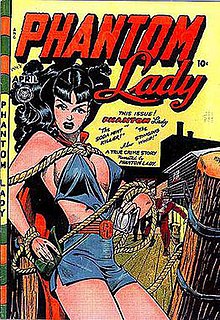 Additionally, Baker is credited with the creation of the first Black hero in the comic realm, known as Voodah.

Re: Roe vs. Wade
Very excited to be taking part in this event with @betweenthereadspodcast next week!! I'll be live with Audra at 7PM EST on Tuesday talking about writing, publishing, and making movies! Hope to see you there 💜
Shocked, humbled and elated to find out that my short documentary "Land of the Conqueroo" has been selected as a semi-finalist for the @panonetwork microgrants program in the post production category! We began production when Basho was 1 month old, and he sat with me every day as I reviewed hours of interviews and footage. This is all for him.
Cover reveal BABAAAAAAY!!
Living out my NPR dreams for the one and only, the original sci-fi/fantasy queen, Michelle Yeoh. I love this movie, her skill as an actor, and the truth of the narrative: being a mom is like being split into millions of versions of yourself and trying to find that best sliver to give to your kid. It's scary, it's painful, and sometimes we become the villain. Why not honor that? Fantasy continues to make me feel things! You can listen to the full recording (it's not too long, I recorded at 1 AM and had to edit 🥴) on @theseeliecrow 🧚🏾‍♀️
She lives!!! ...in the way that a zombie is *kinda* alive? I'm very excited to share that I have a documentary short, multi-media company, and magazine out in the world to interact with and uplift voices that are rarely celebrated. It's all been a labor of love, despite the sleepless nights and baggy eyes 🥴