Friday Media Prep: As Above, So Below

Every Friday we will feature the inspiring books, movies, TV shows, and other works of art you have to check out. Please share your suggestions below!

This was one hell of a week (*smirk*), but, thankfully, I had access to tons of media that got my mind off everything going on in my life and in my noggin’. This week’s FMP is all about the great “beyond”. When I say this I don’t mean solely the afterlife, but what becomes of us when we move beyond comfort, ease, and what you can envision. Everything below had me thinking about the wonder “ifs” in my life and whether or not I can go for them. Spoilers: I will.

Anna Brones is a Renaissance woman if ever there was one. She’s a writer, filmmaker, cyclist, and all-around badass woman. Outisde Magazine interviewed her to get the skinny on how she manages to live her life so fully, which really got me thinking about throwing caution to the wind and chasing the dream.

You can read the full interview {here}

Illustration by Cleon Peterson for The New Yorker

This article isn’t what you’re thinking it is: rather than being a theological shakedown of our wayward lives, Vinson Cunningham is questioning how our obsession with fire and brimstone has led to a whole lot of sorrow and even more apathy. It’s a long read, but I sure loved it.

You can read more {here} 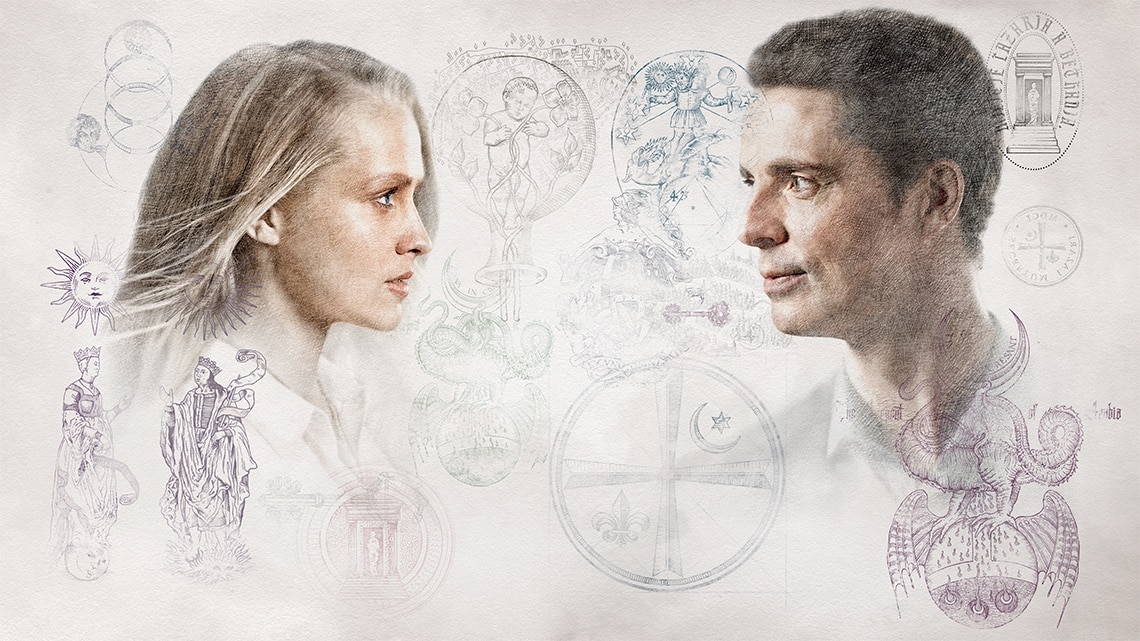 A Discovery of Witches  by Deborah Harkness was a book my mom could not put down a few years ago. Revolving around a scholarly witch and a dashing vampire who team up and begin to fall for each other. It’s not your typical Twilight-era fare – instead, Harkness, who is a professor of medieval history and sciences, serves up a smart and enthralling watch.

Now, it’s a series airing on Sky (part of the BBC) and it is such an exciting watch. Season one is complete, but they’ve already signed on for season two and three. You can catch up with the first season of the show  on Sundance Now or Shudder streaming services.

Moderat “Out of Sight”

I have been listening to this song on a serious repeat. I know you’re supposed to be chill when you meditate, but I really like to sway to songs that allow me to lose myself a little bit. Moderat’s music does just that. This German tech group is my jam. Let me know in the comments if they become yours, too!

That’s all for this week!

I'm so honored to have been invited back to my alma mater, Topeka West, to sign a copy of my book! The library was a place where I got to learn, explore, and have fun thanks to the fantastic team there when I was a kid. I never would have thought they'd some day have a copy of something I wrote! Hopefully it falls into the hands of someone who needs the inspiration to keep going.
The pumpkin spice must flow!! 🪱
HERE. Have my extremely rough and technically spotty first short film for school that's a 2 minute long take about writer's block from the perspective of my pen 🎥
This little @newyorkfilmacademy student proves there are no small roles 😉 (Even if the role is just cheering on his mom).
I spent so much time taking care of other people's kids that I thought it made me an expert. Reader: I am not. It's hard and fun and exhausting and illuminating. The best part? I was able to choose whether I wanted it or not. My body is my own, which makes it twice as great! Crazy concept, huh? Support your local Planned Parenthood before they're all gone and we have to ask men if it's ok for us to get mammograms. Anyway, I'm off to get hollered at, then hugged by a miniature person ❤️
The reason why we work so hard for everything, be it security or equality 🐥