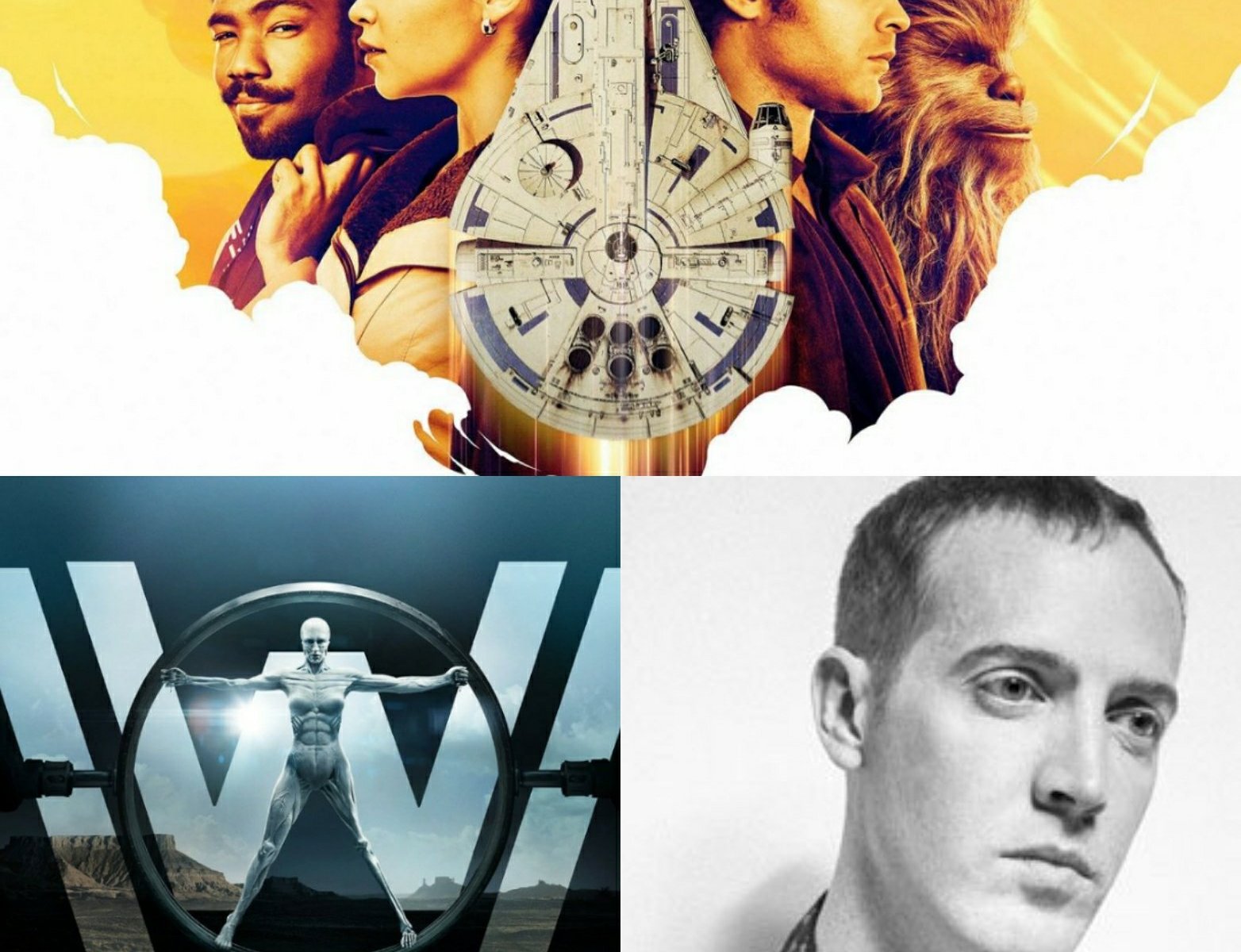 We did the damn thing, guys. As Friday blooms around us, with promises of a beautiful weekend in my neck of the woods, I want to share the things I’m going to be enjoying over the break! Below you will find my suggestions for entertainment as you unwind from the restrictions of the work week.

I mean…. it’s Star Wars, so I’m in. When news of this movie first dropped my immediate reaction was a soft meh. A few months later, there were the reports that the directors, Lord and Miller, were being fired from the production due to clashing with the studio, and I was just about over it all. After the first trailer, my disdain whittled to an eyebrow raise, then the final trailer had me reconsidering my doubt. I’m now looking forward to giving the movie a chance, in no small part due to my appreciation of Donald Glover and Thandie Newton.

I have to thank Jesse Kadjo for forcing me to watch this show while she was in town for my bachelorette party last year. We were supposed  to be working on blog posts and site development, but the HBO gods wouldn’t let us live. I was a fan of the original film starring Yul Brenner (thanks to AMC marathons on the weekends), so I thought I had an idea what to expect; oh how wrong I was! The show is a masterclass is storytelling, drama, action and development and I highly recommend it to anyone with the patience to experience the unfolding of a world. Season 2 is underway, but season 1 is still available on HBO apps.

When I like a song I will listen to it on repeat until I know every word (and start to hate it). I have been *loving* listening to Active Child for a few weeks now, without getting tired of his impressive range. “1999” and “Stranger” are the two tracks I’ve played to death thus far. I absolutely love watching the music videos due to Ashley Eva Brock’s beautiful costume design. It all reminds me of a Miyazaki movie, which will never be a bad thing.

That’s all I’ve got for today! Next week I’ll include my book selections as well, so stay tuned. As always, thank you for joining me and stay safe this weekend!