Every Friday I will feature the books, movies, TV shows, and other works of art that have been inspiring me.  Please share your suggestions below!

Happy Star Wars Day! I hope you’re outside playing with a lightsaber, pretending the whole midichlorian debacle never happened, which is exactly what I’ve been doing! To say Star Wars are a big part of my life would be the understatement of the century; my parents are two geeks with a deep love of that magical galaxy, so my youth was surrounded by images of Luke, Leia, Han and Yoda, with rarely a weekend devoid of a marathon. It was heaven for a little nerd like me! I’m so thankful the world is back on board with how cool the universe George Lucas created is.

As we gear up for the premiere of Solo: A Star Wars Story, I wanted to share three of my favorite Star Wars characters, outside of our original band of rebels (or bounty hunters if you’re a Boba Fett kind of girl).  They’ve become some of my most beloved side characters due to their moxie and strength.  If you’re not a huge Star Wars fans, don’t worry! I think the characters I’ve elected to share with you are great for learning more about the world. Let’s dive in!

Good old Han was a dirty dog long before he literally shot his way into our hearts. This cat not only stole and killed, but he also perpetrated a tiny bit of marriage fraud for a scheme. That’s where Sana comes in! Born on Nar Shaddaa, the smuggler worked her way up through the ranks in the criminal underworld until she ran into Han. They became partners, using a fake marriage to commit a robbery. However, Han betrayed Sana and ran off with her cut of the take! Now, I love Han, but he deserved the grief Sana would eventually put him through when she found him with Princess Leia. By that time, Leia had a huge bounty on her head, which Sana planned to make good on. Instead, she allowed them both to live. Sana isn’t a major character by any means, yet in her quick arch I saw someone I truly rooted for. Not only because she was done dirty by a man that couldn’t stay honest if you paid him, but because she was a survivor with a conscience. Add on the fact that she was one of few POC characters, smart, and funny and you’ve got a hero tailor-made for a girl like me. I truly hope they bring her back to cause some chaos in Han’s life on screen. 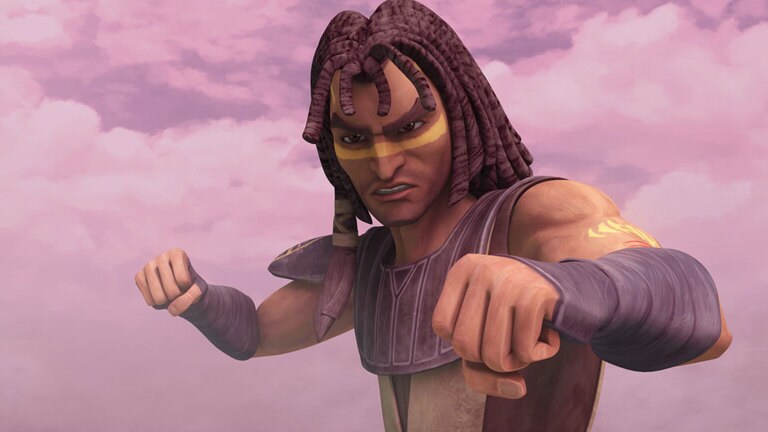 This guy is a complex, yet lovable character. Quinlan Vos became a Jedi Master and expert tracker, who could see the memories of others in objects they had once possessed. Cool, right? Quinlan Vos partnered with Obi-wan Kenobi on missions, becoming an invaluable asset to the Jedi Order. Eventually, Quinlan would be forced to go undercover with the Sith to determine the identity of their Sith Lord to stop the spread of evil in the universe. He fell in love, eventually coming to question the Jedi Laws and the grey area between light and dark. Quinlan Vos is a character that forces fans to revisit their own preconceptions about the Jedi, the Empire and what it takes to be a hero after you’ve crossed your own moral lines. If you want to know more about Quinlan’s story I highly recommend the book “Dark Disciple” by Christie Golden! 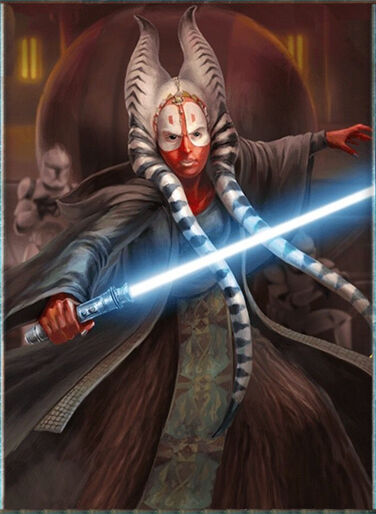 Image via http://star-wars-canon-extended.wikia.com/wiki/Shaak_Ti by Konami

I dare you to find a character more visually striking than Jedi Master Shaak Ti. She is regal to the extreme, yet deadly to anyone silly enough to challenge her. Contrary to what we saw in the films. here are a lot of female Jedi in the expanded Star Wars Universe. Shaak Ti represents that notion that female Jedi do in fact get to seize power among the ranks of your Yodas and your Kenobis. Shaak Ti was masterfully diplomatic – she ranked among the brightest leaders of the Jedi Council, opting to use her mind more often than her weapon. She was a force to be reckoned with in the struggle against light and dark.

I hope you enjoyed learning about these characters! Jump into the comments to tell me about your favorite characters or favorite things about Star Wars!

← A Word With Derek Dixon
The Balancing Act of Emotional Fortification →

Cover reveal BABAAAAAAY!!
Living out my NPR dreams for the one and only, the original sci-fi/fantasy queen, Michelle Yeoh. I love this movie, her skill as an actor, and the truth of the narrative: being a mom is like being split into millions of versions of yourself and trying to find that best sliver to give to your kid. It's scary, it's painful, and sometimes we become the villain. Why not honor that? Fantasy continues to make me feel things! You can listen to the full recording (it's not too long, I recorded at 1 AM and had to edit 🥴) on @theseeliecrow 🧚🏾‍♀️
She lives!!! ...in the way that a zombie is *kinda* alive? I'm very excited to share that I have a documentary short, multi-media company, and magazine out in the world to interact with and uplift voices that are rarely celebrated. It's all been a labor of love, despite the sleepless nights and baggy eyes 🥴
I'm so honored to have been invited back to my alma mater, Topeka West, to sign a copy of my book! The library was a place where I got to learn, explore, and have fun thanks to the fantastic team there when I was a kid. I never would have thought they'd some day have a copy of something I wrote! Hopefully it falls into the hands of someone who needs the inspiration to keep going.
HERE. Have my extremely rough and technically spotty first short film for school that's a 2 minute long take about writer's block from the perspective of my pen 🎥
This little @newyorkfilmacademy student proves there are no small roles 😉 (Even if the role is just cheering on his mom).